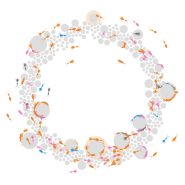 An ecosystem of corporate politicians

An interactive visualization of the relationships between members of Portuguese governments and companies for the period of 1975 to 2013. Data is approached as an ecosystem, where each set of interdependent relations are regulated by physical conditions—each politician has a sequence of companies to visit, chasing them and jumping between them, in order to restart […] 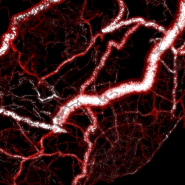 Lisbon’s Blood Vessels: a cartogram and a metaphor

In this work the traffic of Lisbon is portrayed exploring metaphors of living organisms with circulatory problems. Rather than being an aesthetic essay or a set of decorative artifacts, my approach focuses on synthesizing and conveying meaning through data portrayal. This portrayal is embodied in the visualization: The Blood Vessels in the traffic of Lisbon. […] 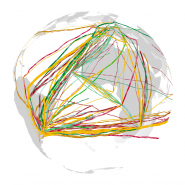 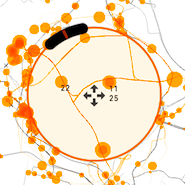 The Data Lenses is a visual exploration tool for several attributes of the same dataset: buses in Singapore. As described in the video, it enables to select various types of data, while speeding up and slowing down the simulation. The data that it reads is not pre-processed and therefore is aggregated on the fly on […]

Pimkie Color Forecast is a framework of applications that harvest the most trending colors on certain locations. It was a joint venture with Happiness Brussels, namely Patrick Glorieux, Thibault Jadoul+Nicolas Felten from Everything is fun and Bliss Interactive. Usually, in my projects, I am most interested in coming up with the visual outcomes of certain approaches, […]

This joint adventure with graphic design studio FBA. has been sitting in the closet for more than a year, and recently started bearing fruits. It resulted in a tool that helps designers build visual artifacts to use in book covers design. The tool parses a text and exhibits its most frequents words, enabling the designer […]

This work refines the latest Visualizing Empires Decline — the decline of the largest maritime empires of the 19 and 20th centuries with a sober approach.

Traffic in Lisbon and the visualization of trajectories

Sync/Lost is an interactive installation on electronic music history. 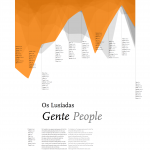 Os Lusíadas (The Lusiads), is a Portuguese epic poem by Luís Vaz de Camões. Written in Homeric fashion, the poem focuses mainly on a fantastical interpretation of the Portuguese voyages of discovery during the 15th and 16th centuries.

An audio reactive composition that tries to attain visual complexity through a simple concept as brownian motion.

The evolution of the top 4 maritime empires of the 19th and 20th centuries by land extension.